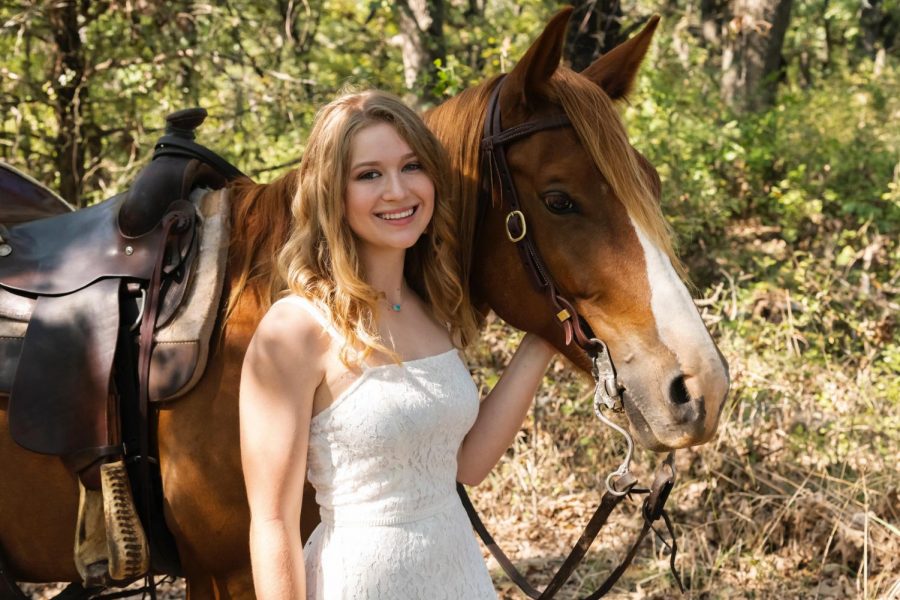 Q: If you could be any movie/TV character, who would you be and why?

Q: What is your favorite song of all time and why?

Q: What has been your most embarrassing moment in high school?

A: “This moment right now. The idea of you sending that to my mom and her being like ‘Really, talk to me, Josh? That’s what you said? You put that on the newspaper?’”

Q: If you had one more day on Earth, how would you spend it?

A: “If I had a plane, I’d just hop around the country. You know, just for efficiency and go eat at all the best restaurants. I would say the world, but I think the flight times would be too long. If I have a 12-hour flight, I’d only get to eat at like two places, so [flying] the country would be better.”

Q: If you could have dinner with one famous person (living or dead, fictional or real) who would it be and why?

Q: What college will you attend? What is your intended major?

Q: What extracurriculars have you been in throughout high school?

A: “I was in cross country, interact, Student Council, NHS, multicultural club and president’s club.”

Q: What was the most challenging aspect about balancing extracurriculars and academics?

A: “It was just tough to manage my time. You know that triangle where it’s like, you can have good sleep, a social life or academics? Well, extracurriculars kind of became [my] social life, so you just did both. I did a pretty decent job at spreading that stuff out. I was able to manage it pretty well, but academics definitely took most of my time. That was a lot.”

Q: What class was the hardest for you? Why?

A: “AP Chemistry was a nightmare for the first three tests until I figured out how to actually study. I found out reading the chapter[s] didn’t really work for me. I couldn’t really remember, and then just reading the textbook was so tedious. So I turned to YouTube and I was able to find lectures online. Mike Christiansen–he helped a lot. The class was actually really interesting once I actually learned how to learn, but before then it was really a struggle.”

Q: Who has helped you the most throughout this journey? How have they helped you?

A: “Does YouTube count? YouTube has helped me a lot. Mike Christiansen. There was this girl Abigail, she taught at a private school in Virginia. She helped me. At [school], I really liked Mr. Roper. He was really cool. I remember the last day of my sophomore year, I went to go thank him. I enjoyed his class. He was like ‘I wish you luck, but you don’t even need luck–I know you’ll be on the stage.’ I really appreciated that because you don’t get a lot of teachers who show that kind of faith.”

Q: What has been the most memorable part of high school?

A: “I guess just getting closer to my friends. There’s a select group of people I’m really close with and I know they’ve had a role in shaping who I am and how I’ve changed from freshman year to senior year. Just bonding with those people and being able to change and grow up with them has been pretty cool and really memorable.”

Q: What will you miss most about your time in high school?

A: “Maybe the classes, [because they’re] easier.”

Q: What advice would you give to your freshman self?

A: “Plan ahead on some things. Procrastinating is overrated, it’s usually not worth it. To always go find help if I need it. If I’m struggling with a teacher [while] learning a subject, ask for help from that teacher or get it on YouTube, read the resources.”

Q: What are you most excited about regarding college?

A: “I’m excited about having classes that’ll probably apply to what I wanna do, [learning] some things that I’ll hopefully use in my job. I’m really excited about study abroad [opportunities]. I think that’d be really cool and I really wanna do that. Having choices where you can go all over the world.”

Q: Where do you hope to see yourself in 10 years?