Farmer Fiction: ‘Sorry For Your Loss’ strikes with sorrowful heartache 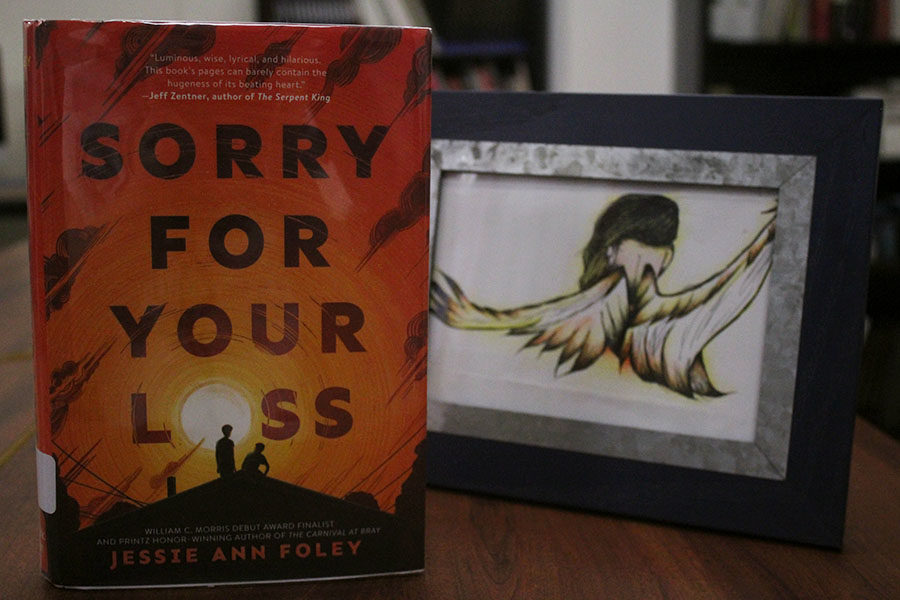 Author Jessie Ann Foley’s new novel, “Sorry For Your Loss,” was released on Tuesday, June 4, 2019. Foley’s book tells a fascinating, fictional young adult story about a 16-year-old boy going through the loss of a loved one. Readers love the melancholy appeal between the young boy and his family that this story portrays.

In the first few chapters, “Sorry For Your Loss” creates a captivating and alluring appeal for the audience. Pup Flanagan, alongside his family of eight siblings, goes through a massive loss after the death of his 20-year-old brother, Patrick Flanagan, results in a sad turn of events. After Patrick’s death, readers take on an emotional toll. Pup will find that things won’t be as easy in the future.

To the reader, the beginning of the story can be a bit confusing as it is not mentioned as to why Patrick passed away in the first few chapters, which is another reason for people to repeat the phrase, “Sorry For Your Loss.” When Pup hears this, however, it bothers him extensively. The audience, however, sees it as a normal way to express condolences to someone; this causes Pup’s aversion to the phrase to seem strange.

Izzy, Pup’s best friend, went through a similar experience of grief where she lost a loved one, but for a different reason: her brother died from leukemia. When Pup discovered this, he began to have a crush on her which was difficult because Izzy already had a relationship with someone else. This is quite compelling and readers find this to be an amazing friendship blossoming between these two teenagers.

When one of Pup’s older brothers, Luke, starts drinking to wash away the pain of losing Patrick, Pup steps in to try to reason with him. This becomes an intense scene for the readers when Pup begins to become angry with Luke. It starts off as small arguments, escalating to a full-on fight between the two brothers. This takes on a massive toll on the readers having to witness it themselves.

“Sorry For Your Loss” covers the grieving stages as the characters process losing a loved one. This book deserves well over a 5-star rating for its emotional appeal. For those who are interested in young adult fiction novels, readers will not be disappointed as this book strikes young teens and adult readers with sorrowful heartache for the characters.