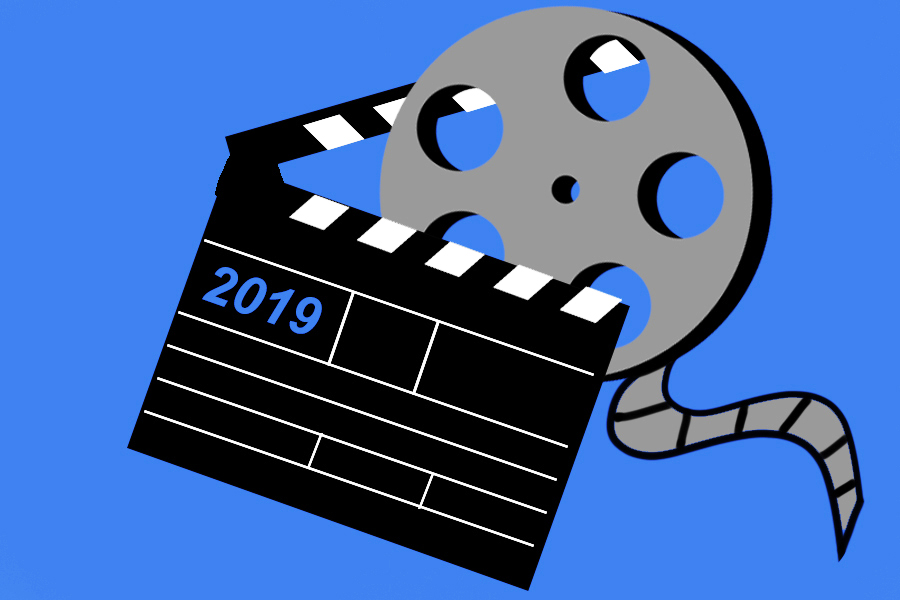 Top 19 movies released in 2019 listed in order of best to worst.

This year was full of high-quality movies for the entertainment industry. Full of sequels, horror movies and the end to a popular franchise, these are the top 19 movies ranked from best to worst for 2019.

Following the jarring events in the movie released in 2018, “Avengers: Infinity War,” the Marvel Cinematic Universe bands together the remaining Avengers to bring back their friends to fight Thanos. Marvel supporters adored this movie, appreciating the wrap up of the series with tear-jerking scenes.

In Frozen’s sequel, Elsa travels to the enchanted forest to find a mysterious voice that would answer all of her questions. With an amazing soundtrack that rivaled the first movie, a plot line that pulled you in, and the same lovable leads and new characters, this movie impressed the audience as time went on.

Going deep within the backstory of Batman’s notorious villain Joker, we see an in-depth look into his character, an explanation for his psychotic mindset seen in previous comics and films. The film showcased the actual problems in his head through its beautifully shot scenes, allowing fans to develop a deeper connection to the Joker they weren’t able to before.

This ‘live remake,’ although essentially just a more realistic style of animations, still awed fans watching in theaters. The movie was almost identical to the first, with the same lines and songs sung by different actors.  Although similar, there were differences in the plot, still keeping the audience interested.

During a family vacation to their lake house, the family of Adelaide Wilson (Lupita Nyong’o) is attacked by a group of doppelgängers. The plot of this movie twists into something never seen before in the horror movie genre, leaving audience members on the edges of their seats. With Jordan Peele, director of other popular horror movies including “Get Out,” “Us” was a remarkably creative horror movie.

Following the events of “Endgame,” Peter Parker, played by Tom Holland, travels with his class to Europe and can’t seem to get a break in fighting giant golems and bad guys. Having to maintain his secret identity and social life at the same time, the movie was hilarious and still had classic Marvel fighting scenes.

Picking back up 27 years after the first movie took place, the second movie over Stephen King’s novel “IT,” terrifies audiences. The once-young group of kids comes back to Derry, Maine to fight the shape-shifting clown, Pennywise, that they at one time defeated. While the book moves back and forth between the young and old versions of the Losers Club, the movies are separated between the two time periods. With a lower rating than the previous movie, fans still applaud the film.

Three decades after the first movie adaption of Stephen King’s book “Pet Sematary,” the story was brought back to life. A young family moves into a new house because of a new job offer for the husband, Dr. Louis Creed (Jason Clarke). With the help of their new neighbors, the family finds a cemetery with the coined name “Pet Sematary.” Incredible acting paired with a fantastically eerie way this film was directed, the events of the Creed family unfold in real time.

A couple that is on thin ice and suffering a family tragedy takes a trip with a group of friends to a midsummer festival located in the middle of nowhere in Sweden. As the trip unfolds, maddening events occur, turning the trip into a nightmare. From Ari Aster, a director of other disturbing movies like “Hereditary,” this movie uses much more than dark rooms and jump scares to freak out the audience.

When a detective goes missing, it’s up to his witty partner Pikachu and his son, the only person able to communicate with the Pokémon, to find them. The graphics successfully made Pikachu and other creatures’ features utterly adorable, and Ryan Reynolds’ appearance also gave the film a sarcastic and hilarious humor.

Captain Marvel, played by Brie Larson, became revolutionary as they switched gender roles, giving the male character to a woman. The film had to cover a lot including the background of the character and said plot, and still had to leave more in suspense for “Endgame.” That being said, considering the amount of information the director had to add in, the movie wasn’t overwhelming to viewers.

On a first date, Queen (Jodie Turner-Smith) and Slim (Daniel Kaluuya) are pulled over for a minor traffic stop that ends in Slim taking the policeman’s gun and shooting in self-defense. Now on the run, the pair are labeled as heroes and symbols of grief and fear. Received positively from all audiences, this movie made viewers become attached to the characters and root for them at all times.

Following the long series of an internationally skilled hitman, John Wick (Keanu Reeves) is ripped from his organization that protected him. He had to survive the streets of New York with a $14 million bounty on his name. Pushing aside the repetitiveness of the series, audiences loved the action-filled movie and swiftness of Wick.

In the latest installment of the Terminator franchise, a new Rev-9 model of the Terminator comes from the future to New Mexico in order to protect Dani Ramos from a dangerous robot who is seemingly indestructible with the help of Sarah Connor and an old T-800 model. The movie put on a new twist of the previous ones and switched the role of the lead female character needing protecting. It also surpassed the others with its graphics while still bringing back the nostalgia of the past films.

Having to follow Robin Williams’ performance in the original animated classic was a big task, but nobody could’ve done it better than Will Smith. The movie, as remakes usually are, had all the same elements other than slight changes to the plot and characters. The soundtrack and characters were still true to the original, while keeping it interesting with its new songs and additional story arch.

Continuing the Toy Story franchise for quite possibly the last time, the movie shares the struggle of Woody, who has to give his spotlight away as Andy’s favorite toy and instead help the newest toy, Spoony, navigate his way of going from trash to toy. Classic faces reappear, like Woody and Buzz Lightyear, as well as seeing a new side to the life of toys.

The movie, although a part of the Annabelle installment, was more than just the classic doll. The movie showed many different ghosts the Warren family witnessed and successfully had fans screaming. The Warrens’ child was left with a babysitter and her friend and had to stay the night with many demons coming for their lives. The movie was also in memory of Lorraine Warren, who died during the year.

While buying alcohol for teenagers, a middle-aged woman invites them to party in her basement whenever they please, with only a few rules: no cursing, one kid needs to stay sober and they all must call her “Ma.” The lady’s friendliness quickly turns into a gross obsession, increasingly becoming more dangerous. Viewers are surprised by the turn of events, waiting to see the outcome for the teens.

“The Curse of La Llorona”

Set in 1970 and following the old Mexican urban legend of “La Llorona,” meaning “weeping woman,” a social worker and her kids are targeted by the supernatural being. Their only way of surviving her is a slightly less than sane priest. While still being a good horror movie, this is still no match to the other’s that have come out this year.