Farmer Fiction: ‘Who Put This Song On?’ spreads racial equality 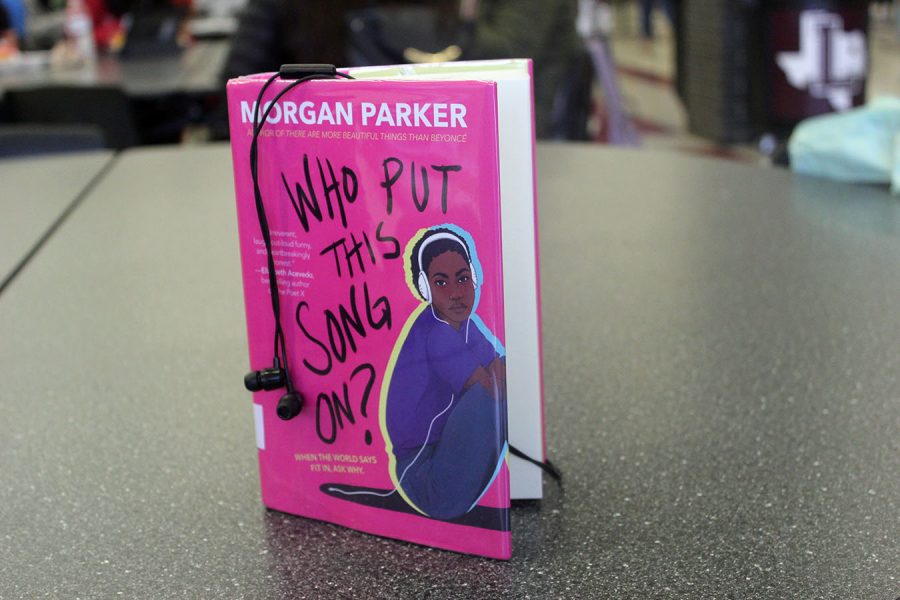 Poet, novelist and editor Morgan Parker released her new realistic fiction novel, “Who Put This Song On?,” on Tuesday, Sept. 24, 2019. For longtime fans of Parker, she includes race in all of her previous novels so this can easily become repetitive and boring for some readers.

In her previous book, “Magical Negro,” she describes the different stereotypes that explain “Who Put This Song On?” perfectly, reflecting on her race and how people treat her. Her idea behind race points out color shouldn’t be considered a label. “If no one says ‘I’m black’ outright, it won’t be a thing,” as mentioned in her new release. Keeping it subtle, Parker often had to deal with people labeling her race how they would like to see it, which kept the readers captivated by how well she handles dealing with racial remarks.

“Who Put This Song On?” is told from the perspective of Parker and her experience of being an African-American teenager battling depression. Readers feel pity for the character because she has a rough time trying to get by. The story of her life starts off slow, not yet diving in. She never went in depth on her race, but she seemed to lack confidence in herself because of it.

In certain chapters, Parker focuses on the bigger aspects of her life that revolve around race. One chapter in particular, “Is America really ready for an African American president” has the readers curious as to why she talks about this topic in the first place because we already had an African American president. This chapter points out stereotypes and discusses the majority of it politically, explaining her thoughts on having a black president. The audience finds this to be offensive because not anyone can express the way they feel without having a fear of feeling unassertive for their emotions. She showcases she is openly opposed to how the public symbolizes color or nationality.

Parker explains the other points in her life, such as her depression and having to see a shrink, but does not explain in the first few chapters where her depression started; this can become confusing to readers further on because they wouldn’t understand where she was coming from. She struggled with socializing, large crowds and she was seen as the “weird kid who dressed funny” and who “isn’t ‘really’ black.” In certain situations, this can be seen as rather offensive to the readers because they could also be going through the same things regarding race.

Throughout the novel, Parker beautifully tells her own story through beliefs and opinions. The audience sympathizes with her because she has a way of expressing herself and what she went through as a kid. “Who Put This Song On?” deserves 3 out of 5 stars for its amazing and outstanding emotional appeal, leaving the audience wanting to read on, but it lacks a new perspective throughout her novels.