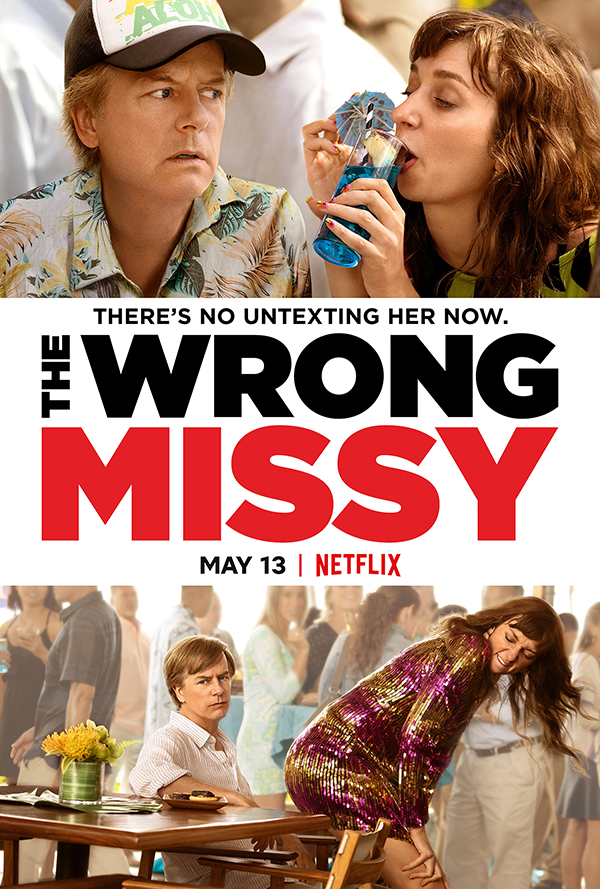 Netflix’s new comedy, “The Wrong Missy,” was released on Wednesday, May 13, aiming to make the audience laugh with its crude jokes and eccentric characters. All while sprinkling romance into its plot to make it another one of Netflix’s rom-coms.

The movie follows Tim Morris (David Spade) who goes on a terrible blind date with Missy (Lauren Lapkus), a loud, obnoxious and overall annoying girl who he never wanted to see again. But soon after, he meets Melissa (Molly Sims) who seems to be the girl of his dreams. After mixing up their contacts, he invites Missy to a corporate retreat in Hawaii, attempting to impress his boss while keeping her under control for the entire weekend.

Ultimately, the movie was a comedy. Although the scenes could be excessive with the slapstick comedy style, it was all to make the viewers laugh, which, at some points, it achieved. Certain characters, such as Nate (Nick Swardson) and Komante (Rob Schneider) were added purely for comedic value. Even though they were side characters, they succeeded to get laughs with each line, which should have earned them more screen time. Unfortunately, the talents of Schneider was only subject to a couple of scenes, while the main characters, who failed to get as nearly as many laughs, had too many.

Although some of the movie’s jokes managed to get a laugh, the majority of them missed the mark. It was obvious the goal was to be as raunchy as possible, but instead the movie remained awkward and gross. It felt as if the same scenes were happening over and over again. Missy is inappropriate, Tim is embarrassed and the crowd around them is horrified and shocked. Eventually, it became repetitive and at a certain point, it made audience members wince.

Alongside its failed humor, the plot had a few holes. It was made clear throughout that Tim despised Missy’s larger-than-life personality. However, in the middle of the movie Missy suddenly became less annoying and Tim suddenly stopped disliking her. It made no sense and contradicted everything the movie built up just so it could also be sold as a romance. The audience could tell how forced the chemistry was because it was non-existent for the first half of the movie. There was nothing prior that made viewers want to root for the main couple.

“The Wrong Missy” had the potential to be another hilarious Netflix original but took its crude humor a step too far and missed the opportunity for a hit. If the movie had been able to draw the line between gross and funny, the jokes would have hit and the movie would have been bearable to watch. But unfortunately, the line hadn’t been drawn, deserving 1.5 out of 5 stars.