Review: Netflix’s ‘Cowboy Bebop’ is bombastic disrespect to anime itself

Another failed attempt at adapting a beloved anime 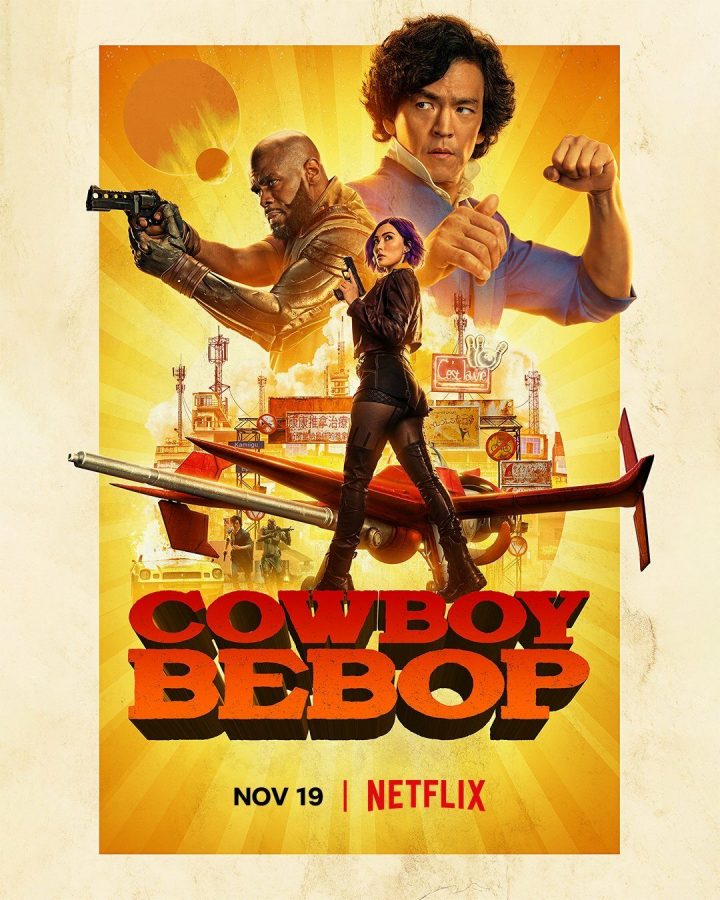 “Cowboy Bebop” was the introduction to a world of anime for people growing up in the early 2000s. The style and storytelling were unique compared to the western animation many were used to. From then till now, a lot are still considering it to be one of the most influential anime out there. With success must also come along a lust for cash, as a live-action adaptation of “Cowboy Bebop” has been in the works for years now. On Nov. 28, Netflix exclusively released season one of the live-action “Cowboy Bebop” series. “Cowboy Bebop” follows the everyday lives of bounty hunters Spike Spiegel, Jet Black and Faye Valentine as they explore space and catch their bounties while learning more about themselves.

The idea of a live-action anime adaptation has always been infamous among anime fans since a lot of previous attempts have tremendously failed and been hated. Netflix’s “Cowboy Bebop” is another title to add to the list of failed adaptation attempts. This is just downright horrible, and even without the context of the original anime, it still doesn’t work on its own. Being optimistic was the most fans could be as any sort of changes to plot points and arcs were expected. Of course, these elements would have been executed well but this just goes to show that anime can’t be translated into live action.

Back in 2017, Netflix attempted to make another live-action adaptation to a beloved anime called “Death Note.” One of the many complaints it received was the fact that so much of the series was crammed into one movie which made it feel rushed. This adaptation took that criticism to heart yet it still doesn’t feel natural. It shrunk one season with 26 episodes to one season with 10 episodes and more seasons in the future in order for it to have a more familiar TV structure.

An aspect that could’ve been the saving grace for the show to be at least watchable would’ve been getting the characters right, which it doesn’t. Mustafa Shakir as Jet Black seems to be the most influenced by the original source material. Since one is more familiar with his actions, he’s the most interesting character on screen. The most unlikeable character of the show is Faye Valentine (Daniella Pineda), whose purpose seems to be watered down to being annoying and the least interesting. The sassiness is completely erased and is instead filled in with her acting like a jerk. John Cho’s performance as Spike Spiegel is an inconsistent mix of the anime along with this show’s take. The quotable Spike Spiegel is missing. His story arc with the syndicate he used to work for is more fleshed out in the anime which completely takes out all of the subtlety from Spike’s character. Speaking of the Syndicate, Vicious (Alex Hassell) and Julia (Elena Satine) are given brand new story arcs since their short yet impactful appearances wouldn’t have worked for the first season. Yet both characters are completely different and make for tame moments in the show.

The syndicate plot point is one of the less likable aspects of the original anime, but in this take, it is far more explored in a slow and boring way. There’s a reason why the arc was left shorter and more up to the audience’s interpretation; it made the characters of Spike and Vicious far more compelling.

A key to what makes any movie or show enjoyable is its screenplay, and “Cowboy Bebop” is no exception to it. By far Netlflix’s “Cowboy Bebop” shows some of the worst writing TV has ever had the chance to put on screen. The unwatchable and cringe-enduring attempts to mimic the same cleverness and quippy dialogue but completely falls on its own face. It already watered down many characters so it also had to butcher the dialogue. Everything as a whole makes the show’s mature themes feel childish.

By far the most headache-inducing thing viewers had to watch was the attempt at making the season finale recreate the “Ballad of Fallen Angels” episode. It completely makes the most important turning point of the anime into a meaningless MCU-esque finale where “funny” one-liners are thrown every second.

Yoko Kanno’s return to compose “Cowboy Bebop” is by far one of the appreciative things fans can enjoy. Many horrible choreographed action scenes were made watchable by its energetic score.

Much more is left to say about the show yet it isn’t worth acknowledging. The anime is still there to be watched by many but probably won’t because of the bad taste many will be left with. This attempt deserves a very low 3/10 with season two having zero hope by fans.