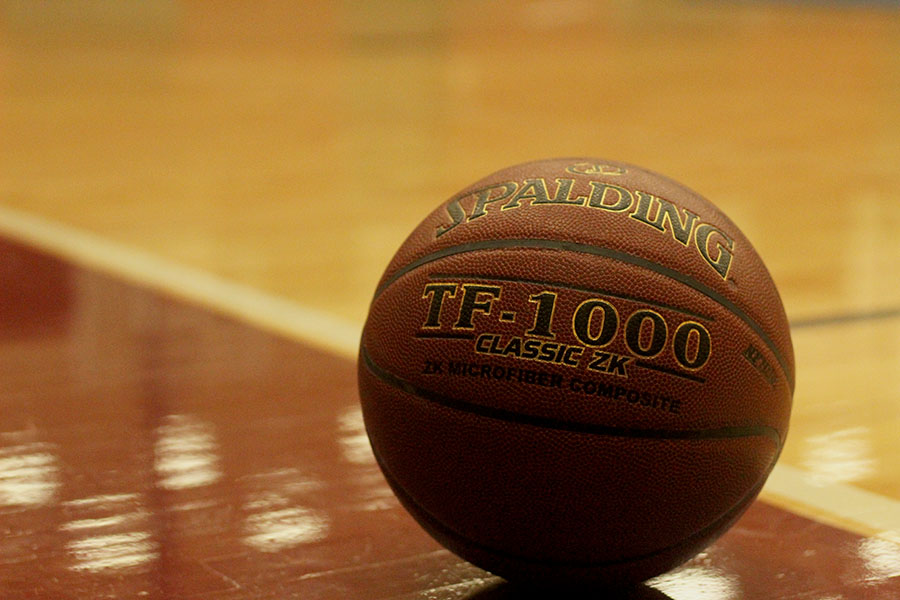 With the start of the basketball season, the girls’ varsity team has started training hard to prepare for the rival teams of the region. This year’s team features fewer seniors than the team roster last year.

“We have quite a few new members,” varsity girls’ basketball coach Catherine Williams said. “We have four returning varsity players. The new members we have for the team are senior Jada Harper, senior Keyana Lastrap, senior Kyra Franklin, freshman Presley Scott, junior Maria Rush, sophomore Rhylian Sewell and freshman Jenesis Brown. All of these girls were in the program, but they are new to varsity.”

The four returning varsity members are sophomore Aaliyah Scott, senior Deucee Reed, junior Kianna Jones and junior Mya Dotson, who is playing as team captain this year after playing for the team since she was a freshman.

“I think a big thing for us – we need to work on our confidence,” Dotson said. “Because with how games are going to be, how tough they are, we need to make sure we’re constantly shooting, not afraid to go up and score, and we just have to have confidence in ourselves to win. I think we have a lot of great shooters and ball handlers. We all have the skills and we can do what we need to and that’ll start showing in games.”

The team is doing its best to train for the match-ups they will face later in the season and are aware the games will be a challenge given the district’s competition.

“Our schedule is pretty tough; our district is probably one of the hardest districts in our region and we play a lot of tough teams this year,” Williams said. “But I think it’s good because it’s going to challenge the girls to get better, and we have to compete day in and day out. That’s always good for us because we can never take a night off.”

Williams is the new varsity coach this year, and she is making sure to prepare the team as best she can for the competitors.

“Each team we play against is different, but we are very prepared when we play those teams,” Williams said. “We have a scouter report, we watch film, we really prepare and study our opponents, that’s how we are able to go into those games feeling confident about who we’re playing against.”

And with the younger players on the team, the coach is aware they have plenty of room to grow and improve while on the team.

“I think we’re young, so we make a lot of young mistakes, because we only have four seniors and everybody else is returning,” Williams said. “Being able to see the mistakes we make as a young team and being able to correct them [will help us]. And that comes to playing on a varsity level, getting into those games and being able to work through those mistakes.”

With all the training, the players are building the skills and confidence to play, but they believe their communication is the most important key to their success.

“I feel like it’s been a little bit rough, we’re trying to build our team chemistry and to build our skills up,” Dotson said. “But each game we’re getting better and we’re working hard so [we’ll get it down].”

With one win and three losses under their belt so far, the girls have plenty of games to play until the end of the season.