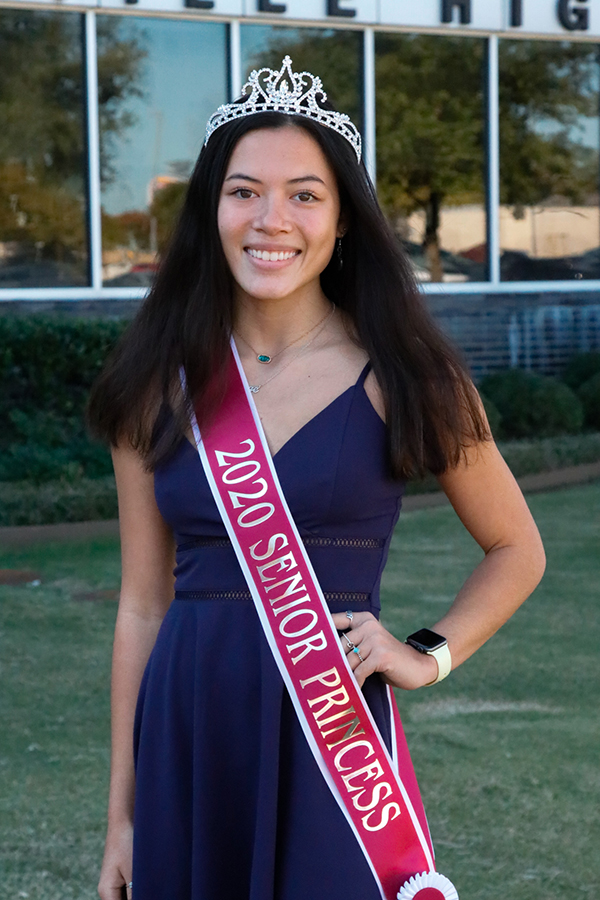 A: “It’s kind of weird because all of the [traditional] opportunities are gone, like the homecoming dance. But it’s cool we still have the parade and the football game.”

A: “I think it’s cool that people voted for me. I really wasn’t expecting that. [Especially since] it’s senior year.”

A: “I was shocked, honestly. I really was not expecting to win. After I saw the names on [the ballot], I was like ‘These people are more well known in the school than I am. They have a better chance.’ When they said my name, I was like ‘What the heck?’ It was a cool feeling.”

A: “It took away a bunch of my cheer events, especially practices and events in the summer. The football games [aren’t] as crowded and it’s kind of sad not seeing the stands packed with people. It’s weird not having everyone in the hallways because it’s staggered release and [we have] four lunches.”

A: “Just go with the flow. There’s nothing we can do. We can’t change anything that’s happened, so just deal with it and try to make the best of it.”

A: “I’m excited about the parade, even though it’s gonna be different this year. The dance is canceled, [although] I was really looking forward to it. But I like dressing up and getting ready.”

Q: Who/what inspired you to get involved in homecoming?

A: “My friends, [my] teachers. I’m going to miss cheer and not being able to see my friends every day and hang out with them. I think I took advantage of high school. I just thought it was going to go by slower, but now we’re here.”